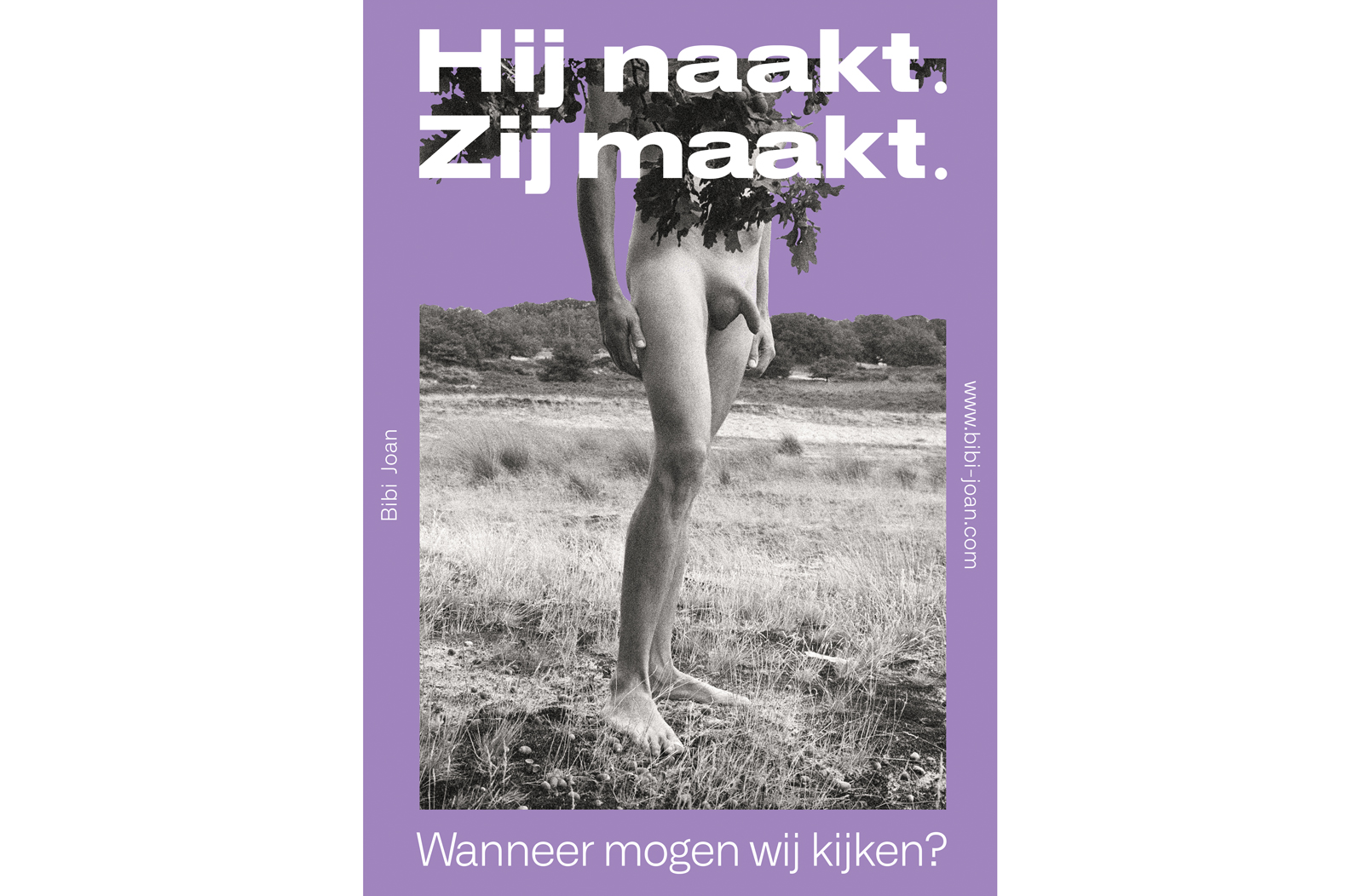 Do you also like to see more male nudes in the museums? On International Women’s day I sent the poster ‘Hij naakt. Zij maakt’ (He naked. She makes it.) with a female nude to 35 museums in the Netherlands. The next step in this project is to make a publication with female artists working with the male nude. Currently I am working on making that list. Do you have tips? Send me an e-mail at mail@bibi-joan.com.

In 1989 the Guerilla Girls asked the question: “Do women have to be naked to get into the Met. Museum?” They indicated that less than 5 percent of all art in that museum was made by women, while 85 percent of the nude models are female.

More than 30 years later this question seems to be still relevant. Yet there are more female than male nudes in the museums, whereas only 1 in 5 works of art in the collection is made by female artists.

I have been to a number of exhibits about nude and was surprised by the fact that there was virtually no male nude on display. I mention ‘Naakt of bloot?’ in Museum Jan Cunen, Museum Kranenburgh with ‘BLOOT – het kwetsbare lichaam’, Japanmuseum SieboldHuis with ‘Japans naakt’ and the Kunsthal with ‘For Your Eyes Only’.

Not only do we see few naked men in the museum, the male nudes on display are also mainly made by male artists. It is also remarkable how we deal with the male nude. In 2012, the Leopold Museum covered the soccer players’ genitals on their exhibition posters in the city after complaints were received. Naked women are apparently normal and naked men inappropriate.

Museums play an important social role and have a major impact on how people see the world. That is why I am very happy that they exist. I think we all agree that the art on display should reflect our society and show different perspectives. What would it do to people if they mainly see male artists in museums and never a male nude model? How would that affect our understanding of the male body, female sexuality and the role we as humans can play in society?

On Women’s Day I come up with a solution to this problem. I am offering my artwork ‘Hij naakt. Zij maakt.’ to 35 Dutch museums. I ask them to display the poster in their museum on Women’s Day, take a photo of it and share the photo via their (social) media channels with the world, using the hashtag #hijnaaktzijmaakt. The whole month of March, museums and people can support my project by sharing the poster via social media.

With the project, I hope to balance the percentage of female versus male nudes in museums a little bit more. It is a positive incentive to continue to work on diversity in the art world. “To show that a naked man also belongs in the museum and that we must continue to make efforts to improve the position of women in the art world.” 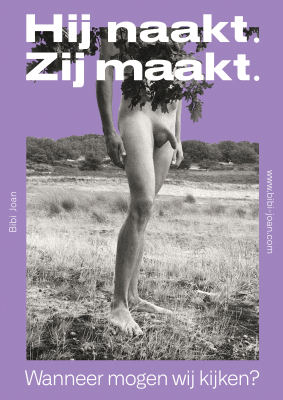 * Currently the posters can only be send to Dutch adresses

* Choose for the ‘standard’ option